We had the privilege of photographing and interviewing Geeta Malik, a talented up-and-coming director.  View the trailer to her 1st feature film:

With class and a smile, she modeled for us in this photo shoot.  We also had to get some of her time to learn how in the world one gets into directing movies!  Interview below:

how did you know this is what you wanted to do?

Geeta: I’ve always been a writer, and I’ve always loved making up stories.  I used to write plays, and then I took a screenwriting class in college.  That’s when I realized that I wanted to translate what I was seeing in my head on-screen, and I wanted to be able to be in charge of those images.  So, I decided to become a director!

how in the world did you get into this career?

Geeta: I went to film school at UCLA for my grad degree in directing and producing, and now I’m attempting to get into the industry.    I just shot my first feature film this past March, and hope to send it to festivals by the end of this summer!

any lessons learned along the way?

Geeta: Lots of lessons!  There are a million things that I’ve learned and am still constantly learning.  One of the biggest is to just be brave and go for it.  There’s no reason for anyone to succeed in this insane, difficult business, and yet people do, so it’s worth it to at least try.

what advice would you give anyone who may want to follow in your footsteps?

Geeta: I had a great time learning at film school, so I would say, watch a ton of movies, educate yourself, and dive in. 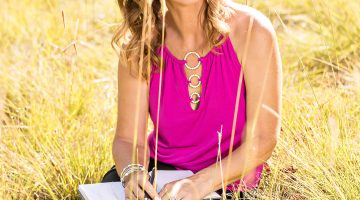