The wedding of a one-in-a-million couple – whose love story makes you believe that love not only exists, but is an amazing thing to behold.  A gift to capture <3

Whatever happens in Vegas does not necessarily stay in Vegas…

It was the most unusual of circumstances. It all began on June 6, 2008. My UCLA girlfriends and I had planned a long overdue girls’ trip to Las Vegas. Meanwhile, about 5437.37 miles away, my best mate and I were also planning a big trip, a tour of the United States that involved a week in New York, a long weekend in Las Vegas, and a week in Los Angeles. I arrived in Las Vegas around 11pm,  exhausted, and tempted to stay in for the night. Since Vegas is Vegas, we rallied and headed out for a night on the town to enjoy the city lights, not knowing that Jack and I would soon find each other in the most unlikely of places.

Our flight from New York to Vegas was supposed to arrive at around 8pm, but it was delayed, which meant Jamie and I had to go straight out to have any chance of experiencing the night life on our first night in Vegas. A New York local had written down which clubs we should go to on specific nights, and Friday night just happened to be Tryst. We went to Tryst with no clue how to get in, and soon found ourselves standing in a line that wasn’t moving. Somehow, and with a large thanks given to a guy who had taken a liking to us (not sure why!) in the line, we managed to squeeze our way into Tryst before midnight.

My friends and I also randomly chose to go to Tryst, but after an hour or so, decided to call it a night and were about to head out early. Then, someone had tapped me on the shoulder and asked me, “Who lies more, men or women?” In short, I was walking around with Jamie and I saw Cindy, and I told Jamie how attractive I thought she was (like an 11 out of 10 at least) and he encouraged me to go and speak to her. I had to grab her attention somehow because we were in the middle of a packed, crowded, and super loud nightclub, so I went with this question. I think it worked quite well. I remember thinking that I could not understand his strange accent and after asking him to repeat himself twice, I thought he had asked me, “Who do you like more, men or women?” Taken aback by his strange question, I directed him towards my designated ring leader friend. I heard my friend proudly say “Women!” and was impressed with this ingenius answer.

The rest of the night involved attempting to do the robot, singing on top of our lungs to Journey, and posing for silly pictures on the dance floor. We spent the remaining hours that night by a beautiful outdoor waterfall talking about our families; I was swept away by how much genuine interest Jack had to learn more about my family and me and the sparkle in his eyes when he talked about his. We spent about 4 hours dancing in the club, and I was completely ecstatic that I had managed to get Cindy’s phone number at the end of the night…..my feet were killing me though! I am pretty sure the night ended with me skipping down the strip feeling like I was on cloud nine! Sadly, the night ended and we went our separate ways.

As fate would have it, we were able to meet up when he arrived in Los Angeles.  I spent the first few days of my Los Angeles trip “in deep depression” as Jamie would call it, waiting for Cindy to return my calls. Not sure if I was playing hard to get, but hey, I did return them after all! From the beautiful beaches to the Hollywood sign to the delicious Mexcian food where we ened up having our official first date, Jack caught a glimpse of what LA has to offer. Unknowingly (Well Jack seemed to have always known!), we were falling for each other. The week flew by, and Jack and I had to say our good-byes, again. Somehow we knew we would meet again.

And that, we did. I was able to fulfill one of my lifelong wishes- to visit Europe! When I was in London, it was Jack’s turn to show me around, from the Tower of London to the London Eye to chowing down on Indian food after catching Wicked in the West End. Distance could not keep us apart.

As soon as I returned home from London, I quit my job and focused on finding a way to move to California and Cindy permanently. He would often tell me not to worry and that he would come back for me. I had no idea it would happen so soon!

I was able to come back out to LA for three months to initiate my student visa and start looking into local colleges. It was still another seven months before everything would be processed and these seven long months were spent on Skype, our new best friend, despite the eight hour time difference.

Finally, in July of 2009, Jack was able to move to the United States to pursue his dream of studying abroad. We were finally together. And this was the end of a chapter in our lives and the beginning of another.

My UCLA college girlfriends and I decided to have a mini reunion in Las Vegas in April 2012 before I will be starting my pediatric residency and signing away potentially any social life that I may have. Unbeknownst to me, Jack had been spending the last six months searching for and creating my dream engagement ring. He mastered the five “C’s,” now he had to face his biggest challenge- surprising someone who is not very comfortable with surprises! He knew he wanted to surprise me, and knowing that since I can be a stereotypical Type A medical student, the only way to surprise me is to propose when I least expected him to be with me. After brainstorming with my sister and her boyfriend, they planned a surprise road trip to Las Vegas so Jack can propose to me at the very same spot that we met four years earlier- by the outdoor waterfall at Tryst at the Wynn Hotel.

My flight got delayed…twice. My friends, who were in on the whole surprise, were worried they could not get me to Vegas and to the dance club in time for Jack. I am still not sure how they pulled this off, but they convinced me that it would be fun and necessary to get primped and ready at the airport bathroom during our delay so that we can avoid the crowd and lines at the dance club. I’ve never felt so dolled up on a flight before! Finally, we arrived and headed over to the Wynn Hotel.

Everything was magical and happened so quickly. I remember one of my friends telling me that it was getting too warm on the dance floor and that she needed some air. So, we paraded outside towards the waterfall with me at the end of the train, of course. The next thing I realized I looked up and noticed a clearing in the crowd to reveal Jack on bended knee. The rest was a blur. I remember him announcing, “Will you marry me?” and that I kept saying, “Are you serious?!” over and over again and apparently kept giving him my right hand for the ring. He had planned to have our song “Don’t Stop Believing” by Journey play prior to the proposal as promised by the DJ, but the DJ never did. Little mishaps and all, I can definitely say everything worked out perfectly, and it was a very pleasant surprise indeed

Personally, one of my most favorite moments to capture at a wedding – the first time both mom and dad see their baby girl as the beautiful bride on her wedding day.

Especially with this amazing family <3

Love how they incorporated the purple color palette into their wedding

Seriously, these guys were HILARIOUS – we were just cracking up the whole time.

So wonderful to capture two people so in love <3

Dearest Cindy + Jack, you are one of the most precious couples we know and we felt so very blessed to be able to capture your love story and wedding day.  Your family, you two, your wedding day – are all one in a million.  Praying many blessings over what can only be a truly marvelous life together.  We love you both <3 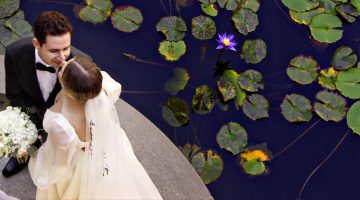 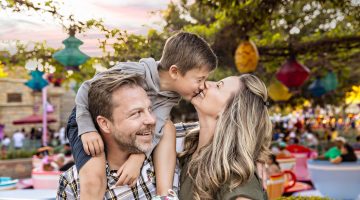 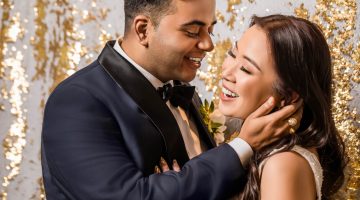