So excited to introduce to you this absolutely lovable couple, Heather and Manny, and their gorgeous Millennium Biltmore Hotel and Cicada Club Los Angeles wedding!

Heather and Manny first met back in 2008 while working for Myspace.com. Manny was in a relationship with another girl who was living in nor cal. Heather was living at home in Ventura romping around with her friends any spare minute that she was not driving to and from work in LA. Heather thought Manny was quite a cutie; with his 5 inch zigzag mohawk and his shaved & shredded arms. He seemed to give her a BIG, stunned smile when they first met and helped her with any and all the computer problems she ever could come up with (she came up with a lot). He may deny being so quick to help out and having that interested smile, but Heather always thought there was something Manny might be overlooking between them. She felt that spark the second they met and kept wondering “Do you feel me? like I feel you?” At this point in the Heather and Manny timeline, Manny was a clearly taken – jerk and a half.

Fast forward to 2010. Heather joined back the Myspace team after being away for 6-8 months. At this time, Manny seemed to show interest in Heather that he never had before (he was also now single). He came up to her very excitedly on her first day back on the job to give her a hug. Days later he insisted that she sign up for the softball team (she had picked up a bat maybe once before in her life); and asked to come see her apartment. Supposedly he was genuinely interested in her apartment, since he wanted one of his own. He also will likely still claim that he simply needed a female player to complete the softball team.

But still Heather felt that he seemed to always find reasons to talk to her:

“Why are you drinking lemon water?” – Manny.

“It is detoxifying” – Heather.

“Why?  Are you toxic!?!” – laugh laugh dimply Manny smile as he rides off on his scooter.

Heather had always found reasons to talk to Manny or walk by where he was from the second they met. Manny’s behavior had changed.

At the end of her second week on the job all the boys took Heather out to celebrate her new job and her new apartment. They all seemed to be fighting for her attention. She had not felt that much love and attention in YEARS. But she only had her eyes on one person.

After refreshing Heather’s drink all night and catering to her every move, Heather went to give Manny a kiss on the cheek for being so sweet. Manny decided he wanted more than a kiss on the cheek and turned and took that kiss right on the mouth. Somehow no one else saw.

Two weeks later they were basically living together in Heather’s tini tiny West Hollywood apartment. No bedroom door, very tini bathroom; how they survived we will never know.

They secretly dated for months. They rode to and from the office together everyday and would sneak in and out separately to and from the office. One night they were out with some co-workers and could not hide their love any longer (maybe lust at that point) and started giving each other kisses. Heather loved those Manny kisses and could never get enough. The secret was out. The months and years following flew by.

romantic proposal (from the bride)

He set up a big surprise.

We had just moved to Redondo Beach a few weeks before. He had my friend Tim call me and ask us out to dinner with him and his wife to welcome us to the neighborhood.

We went to dinner and as we were walking out of the car and up to the harbor when he said, “We have a few minutes before our reservation. Do you want to walk out on the sand and watch the sunset?”

He walked me out and I saw a blanket that I recognized with flowers and candles set up. He told me all kinds of awesome sweet stuff. Then he got down on one knee and popped the question!

IT WAS SO SWEET AND ROMANTIC.

All of Heather’s stunning details In love with this modern wedding invitation And one of my all-time favorite family photos with the bride!!! SOOO MANY cuties at this wedding! And one of the MOST fun bridal parties ever!  So many awesome photos of them. And the hot groomsmen! Oh my goodness, we had way too much fun with them. Censored for our younger viewers out there. GAH IN LOVE with this bridal party photo <3 Such an incredibly precious couple And what an incredible night! Heather and Manny, simply adorable!  We absolutely loved celebrating the night away with you two.  You two were hilarious and such a pleasure to capture.  May God richly bless you both and your wonderful future together my darlings <3 With all our love,
The DPARK Family

Capture your gorgeous love story with photo and film by the DPARK family today! 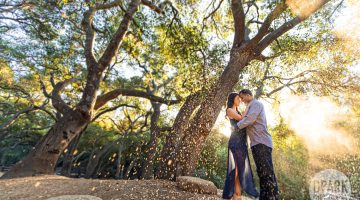 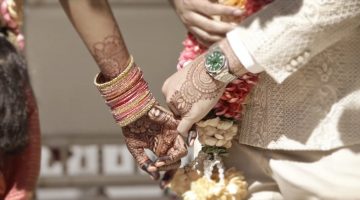 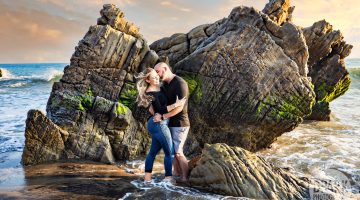