How #SANJANDSOPH happened
Sophia and Sanjay met when they were only 15, and 12 years of age. Growing up they were really good friends, but they both lost touch during college years.

They quite randomly reconnected in September 2014, when their mutual friend invited them out for a get together, and their old friendship rekindled immediately into something much more not long after that.

Their Proposal
They both planned a trip to New York City. “We decided we were going to do a love lock on the bridge.” Sanjay already had plans of proposing Sophia on her favorite bridge – The Brooklyn Bridge. He secretly made a custom lock that had the date they were going to be there engraved on one side, and on the other side it said: “Sophia, Will You Marry Me?” On the day they were supposed to go, it was snowing in NYC, and it actually began to hailstorm. “We ended up going the next day and Sanjay proposed. The funny thing is, the lock still says the day before. It’s a cute reminder of our proposal story.” – Sophia Our groom posing with his groomsmen. Handsome right? The beautiful Church where Sophia and Sanjay took their wedding vows. The freshly married couple, sharing their happiness with their bridesmaids and groomsmen. Our Bride with her Bridesmaids, right before walking down the aisle to take her marriage vows. Sanjay and Sophia love to do Soulcycle as a couple. It seems to have created a soul to soul connection between them. After the wedding ceremony, the guests and the newly married couple then came to The City Hall for the reception. Delicious dinner served. They are both very particular about cocktails and proper meals, and enjoy good food to the fullest! Since Sanjay is Indian, Sophia and he decided to have their reception “desi” (a term used in India to refer to their traditional customs). They both love dancing, and danced together in celebrations, with their loved ones. The first dance Sanjay and Sophia shared as husband and wife. The lucky one who caught Sophia’s bouquet Bride and the groom with all their lovely guests, invited to share their memorable moment with them. It was a pleasure capturing the precious moments of this wedding. Our heartiest congratulations to Sophia and Sanjay. Their story is one of a kind, how love finds its way through a strong friendship. May you two live your desired happily ever after, always finding each other at the end of the tunnel.

With all our love,

Capture your gorgeous love story with photo and film by the DPARK family today! 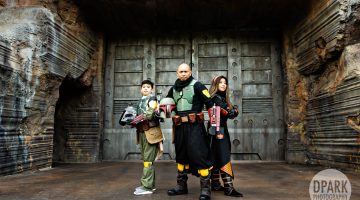 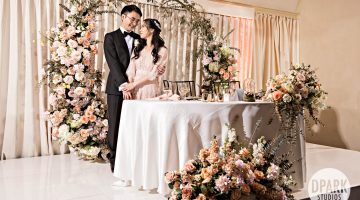